"Agiasos, the artistic and religious centre of Lesvos."

Agiasos is a small town and a former municipality on the island of Lesvos, North Aegean, Greece. It is built amphitheatrically at the eastern slopes of Mount Olympus (968m), at a height of 475 meters (1,558 ft), 26 kilometers (16 mi) from Mytilene. It is surrounded by arable land, olive groves, forests and steep, bike and hiking trail paths and it has a total land area of 79.900 Klm2. There are two entrances to the village, the main and the upper through the ring road called “Kampoudi“.

The name of Agiasos.
Agiasos was named after from the inscription on the icon of the Virgin Mary “Μήτηρ Θεού Αγία Σιών” (“Mother of God Saint Sion”) that the monk Agathon brought from Jerusalem at 803 BC after the Byzantine Iconoclasm at the 9th century AD. Agia Sion (Saint Sion) the icon, Agia Sion the monastery. Believers who would go for pilgrimage would say: “Let’s go to Agia Sion” or “Go to AgiaSon” and the causal “Agiason” became also “Agiasos”.

The development of the settlement.
Around 1700 Agiasos was a small settlement with about forty houses around the monastery and the church of Panagia (Holy Mary).

In 1701 the Turkish governor of the region is seriously ill and attributes his salvation to the miracle of the Virgin Mary, after recovering from a visit by the elders of the village, who bring him some “healers” from the church (Holy Water from Zoodochos Pigi, etc.).

In gratitude he wanted to make a great gift to the Church of Panagia, but this was forbidden by the Koran. So he went to the Constantinople and requested from the Sultan an order, by which the inhabitants of Agiasos were exempted from paying taxes not only in the Ottoman state but also in the Elders of Mytilene. This will mean the steep development of the village.

The inhabitants of the surrounding villages and most of the Lesbian craftsmen massively relocate to Agiasos in order to get rid of the onerous taxation and to sell duty free products. The village thus becomes a famous center of craftsmanship. In 1729 it was composed of five hundred households. The order was abolished in 1783, but the development of Agiasos was now guaranteed and well-known.

How about now?
Today, with exceptionally lush vegetation, traditional architecture, and inquisitive residents, Agiasos is a listed preserved artistic and religious settlement with a characteristic dialect and a cultural atmosphere that visitors are sure to find interesting.

The village itself is a completely traditional village with narrow stone streets (traditionally preserved) and picturesque lanes. Many of the houses have projecting upper floors known as “sachnosinia”  with wooden balconies decorated with flower pots of begonias, carnations, geraniums and other ornamental plants with a rich cultural heritage and religious inhabitants while its most important attraction is the Byzantine church of Panagia Agiasos (Saint Mary of Zion), built in 1170 at the heart of the small town of Lesvos.

The church of Agia Sion (Virgin Mary of Zion)

Agiasos is affectionately known as the “Jerusalem of Lesvos”, a term that accurately describes the popularity of the village with pilgrims from Greece and around the world. Known all across Greece for its magnificent church of the Agia Sion (Virgin Mary of Zion), Agiassos is second only to Tinos for pilgrims who come here to kneel before the Panagia i Vrefokratousa (the Madonna and Infant Jesus), a miracle-working icon brought to Agiasos from Jerusalem by Agathon the Ephesian in the year 803.

The icon is said to have survived the Iconomachy wars of the 9th century AD together with a Silver Cross with wood from the True cross, a manuscript Gospel, and other relics when a monk named Agathon brought it from Jerusalem to Lesvos, an island which had abstained from the Byzantine frenzy against items of religious worship. It is believed he took refuge in a green, uninhabited area behind the current “Anagnostirio” of Agiasos named “Penthili” where the icon was found buried and now a small church stands.

Join the hordes of believers who flock to the Agiasos church of the Virgin Mary at 15 of August and have an experience of the pious nature of this major event in the Orthodox Christian calendar.

You can find more details here!

The centre of Agiasos has a lot to offer to visitors with many pottery and wood shops, traditional cafes and taverns where visitors can taste delicious dishes such as ”giapratsia” (stuffed wine leaves), “fountes” (zucchini flowers stuffed or fried), “ptaria” (meatballs), or the lovely “tigania” accompanied by a delicious “Greek salad”, full of virgin oil from Agiasos and also find locally produced produced products like local jams, wood carvings etc.

You can find more details here!

Things To Do In Agiasos

There are also many things to do in Agiasos like visiting any of the three museums,

Also, don’t miss the Folklore Collection of Stratis Gini at the lower entrance of the village with the private collection from Mr. Stratis Gini, where  you can see exceptional handmade pottery and wood products from Agiasos.

Last but not least, the reading society of Anaptixi, a famous cultural institution, was established in 1894 when the village was still under Turkish rule and today it’s an organization which tries to continue the traditions that were passed by the old inhabitants by hosts many events at its theater hall, library or it’s folklore museum.

For a more detailed list check our guide here!

The mountain range and the slopes of Mount Olympus (968m.) is ideal for explorers and lovers of mountain climbing with it’s wonderful marked hiking  or mountain bike trails  where hikers can find themselves surrounded by platanos, apple, chestnut, pear and cherry trees as well as varieties of other trees and shrubs.

There are also picturesque areas like “Penthili” and the mount Kasteli with the little church of Saint Dimitris, where the visitor can observe the picturesque view of the village and the lush vegetation. A breathtaking natural beauty pine forest area of 30,000 acres extends north-west of the Olympus, known as the “Tsamliki of Agiasos“. Also there are rich water resources in the forest. The most important is the water source of Tsingo, which has curative properties.

The Chestnut Tree Forest in Agiassos (“Penthili”)
An exciting trail with one of the most beautiful routes on the island begins at the Apesos quarter and ascends southward along the stream. You’ll pass through a chestnut grove alongside the gushing waters. After encountering chapels, farm houses, pine trees and gullies, you can then take the road to Megalohori, the old capital of Plomari. If you visit in October, in addition to the stunning route with its view of the Bay of Yera, you’ll be able to sample the most delicious chestnuts you’ve ever tasted.

The mountain range of the Olympus is in the  European Network of Protected Areas NATURA 2000, as a protected area.

Let us help you find your way to Agiasos

For any further information regarding the above places or if you want to be notified with the latest events in Agiasos don't hesitate to drop us a line bellow and we will be more than glad to help you! 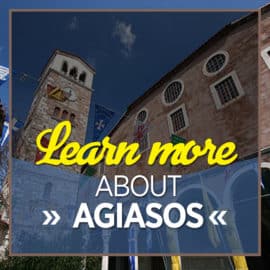 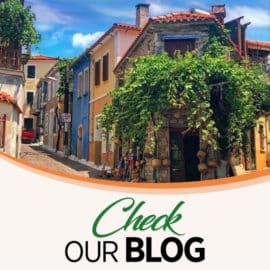 Any cookies that may not be particularly necessary for the website to function and is used specifically to collect user personal data via analytics, ads, other embedded contents are termed as non-necessary cookies and are used solely to provide you with a better personal experience. 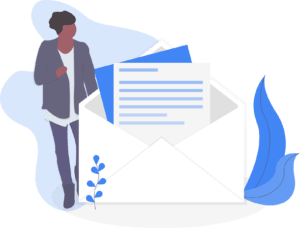